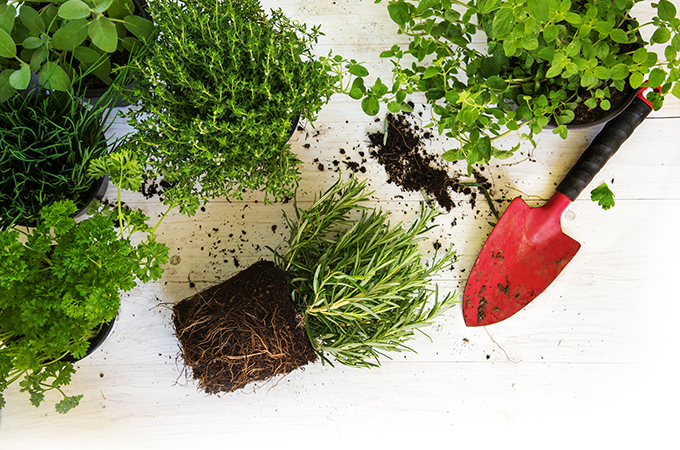 To follow our list of essential herbs to grow in your kitchen garden, we’ve come up with six more tasty herbs that will help take your homegrown cuisine to the next level.

How many of these tasty herbs have you got growing in your garden?

Native to the Mediterranean, this fantastic perennial is a versatile herb that can be used in a variety of recipes. You can actually use the whole herb in cooking, as the entirety of it is edible, so fennel will be a welcome addition to any kitchen garden.

You can grow fennel from seed as it will grow well in any garden soil, as long as it’s planted in a spot that gets plenty of sun. Fennel doesn’t like being transplanted, and hates having its roots disturbed, so make sure you can sow it somewhere where it can be left alone. Alternatively you can plant it in pots, which you can move once it’s fully grown. Make sure to remove any dead stems at the end of the growing season.

Perhaps a little trickier to grow than some of the other herbs on this list, French tarragon will more than justify the effort with its fantastic flavour. It’s a particular favourite among French cuisine and is a must for any keen cook.

As French tarragon rarely flowers, it cannot be grown from seed. Instead it is grown via root division; to keep your French tarragon healthy divide plants in spring, and ensure you re-plant it every two to three years. French tarragon should grow well once established in a spot that gets plenty of sunlight and warmth – be careful not to overwater it.

You can give your parsley a headstart for growing by soaking the seeds overnight. This will help to speed up germination. Plant your seeds in pots you can keep on a sunny windowsill, and it will slowly flourish. You can then transplant your parsley into your garden once it’s had a chance to establish itself.

This fantastic herb is well known for its alluring aroma, and can be used in a variety of dishes. You can use its tasty leaves either fresh or dried – it’s a particular favourite for seasoning joints of meat, and even things like Yorkshire puddings and stuffing. Its pretty purple flowers lend itself well to an aesthetically pleasing garden, too!

Rosemary is an evergreen herb, so it can be harvested throughout the year, and it’s relatively easy to care for. Make sure to prune your rosemary to encourage more growth. If left unpruned, the non-productive woody part of the plant will start to creep further up the stem. Rosemary in pots will require a little feeding and more watering than if it was grown in borders, however potted rosemary can then be moved to avoid things like frost.

Perhaps one of Britain’s best-loved herbs, sage has a wonderfully intense flavour. Its leaves can be used dried or fresh, however the dried variety has a much stronger flavour that lends itself well to cooking. Sage can also be harvested throughout the year as it’s an evergreen shrub. Sage is fairly easy to grow once the plant has established itself; it dislikes damp conditions, so ensure you choose somewhere in your garden that drains well.

Similar to rosemary, if sage is left to its own devices the lower part of the woody plant will stop producing tasty leaves after around two to three years. To prevent this from happening, make sure to prune the top third of sage stems around mid-spring to encourage bushier growth towards the bottom of the plant.

This fantastic evergreen herb is another favourite in French recipes, so is a must-have for any keen cooks. Its leaves will be at their tastiest after its natural growing season, between June and September.

Encourage bushy growth by clipping thyme to shape after flowering. Remove any fallen leaves in the autumn to prevent rotting; thyme hates too much water, and has a tendency to rot over winter periods if the ground becomes too waterlogged. Plant your thyme in a warm, sunny spot, and it will thrive. While it is fairly drought tolerant, ensure that any thyme planted in pots doesn’t dry out over long hot dry spells.

Are there any tasty herbs you think we’ve missed off our list? Let us know over on our Facebook page!